skip to main | skip to sidebar

On Monday morning we set out for a drive to Glenorchy, and "paradise". It is a really nice drive with a constant view of the mountain range across the lake. 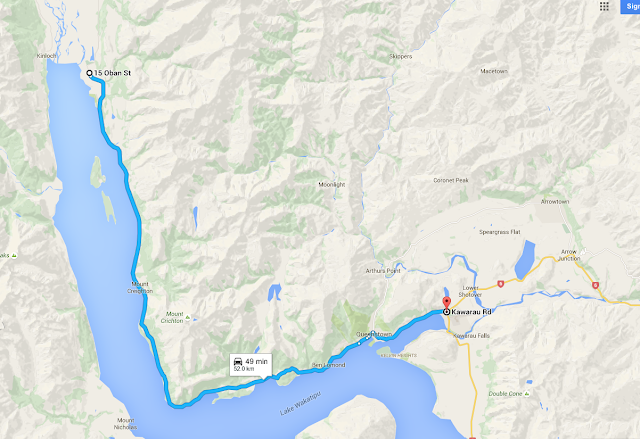 The great thing about New Zealand is that because tourism earns a lot of income for the country they make an effort to cater to tourists, many signs warn of upcoming scenic lookouts and parking spots specially for appreciating the scenery, along with walking tracks that add to the experience. 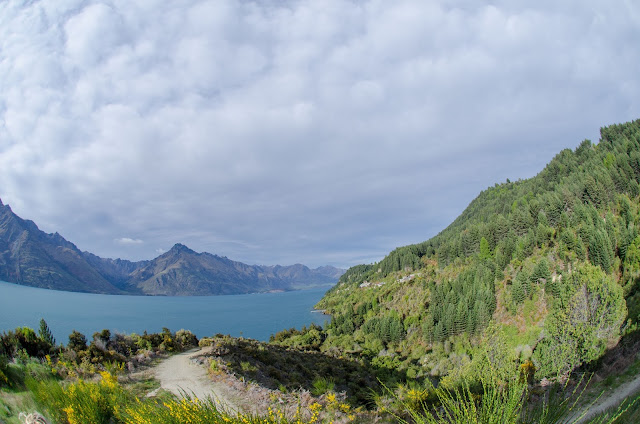 Once again I made use of the fisheye lens on various occasions, keeping in mind that not all the roads on this trip were as "advanced as this one" :)
[Kinloch road intersection] 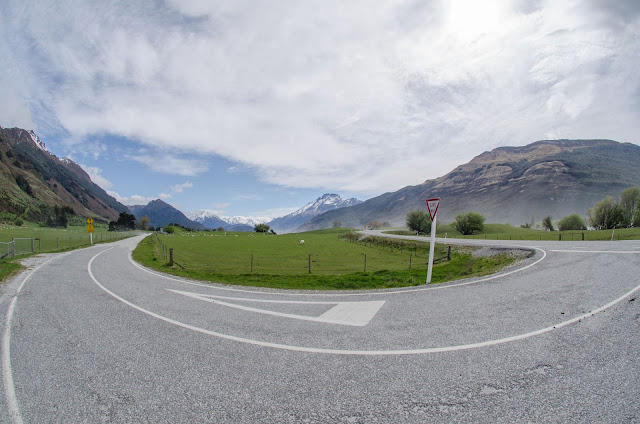 Once again the 18-140mm lens was a very capable choice for the trip, I very seldom felt the need for more reach. This is the road to Glenorchy from Queenstown. 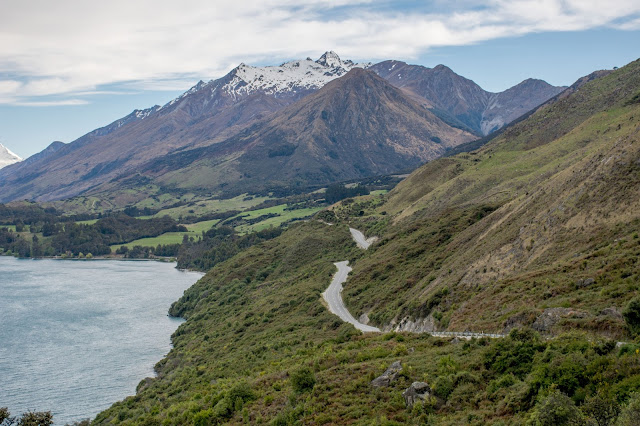 No, that's not Glenorchy itself but the town consists of only a few roads anyway. 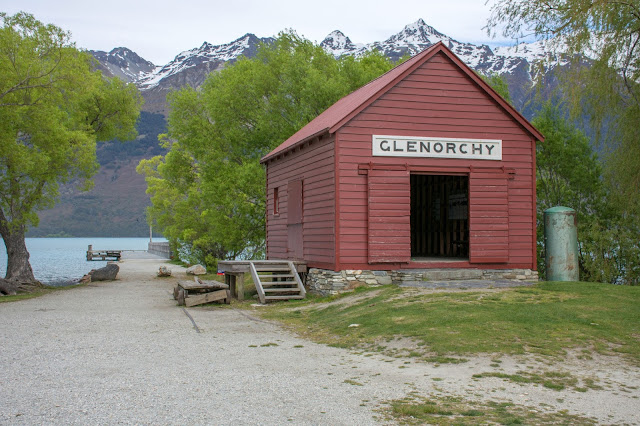 There are many places to stop and take photos along the way, just be careful of dust on a fine day when the rain hasn't settled the dirt roads that you will encounter.

At some stage you go through forest scenery as well. 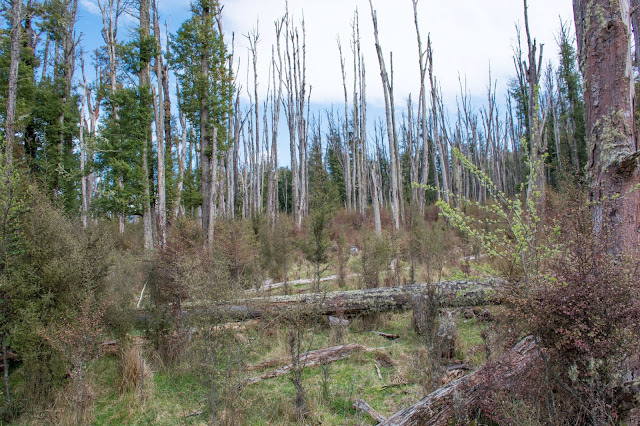 After going through Glenorchy and turning up the road to "Paradise" you see warnings of the road narrowing, signs depicting sheep and then you came to the point where you would have to cross the river Jordan - those with bible knowledge will understand better. 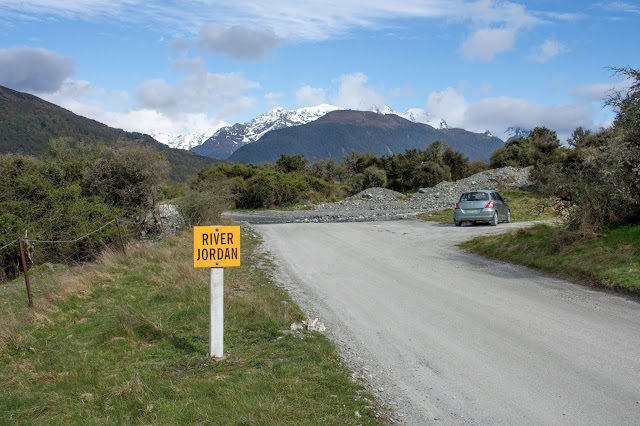 There was a sign a little further back that warned that there would be river crossings that might not be safe for smaller cars. Had it been my own vehicle I would have gone through but since it was a rental we decided to respect their property and not attempt it. It looks like we will have to wait a bit longer before entering paradise. 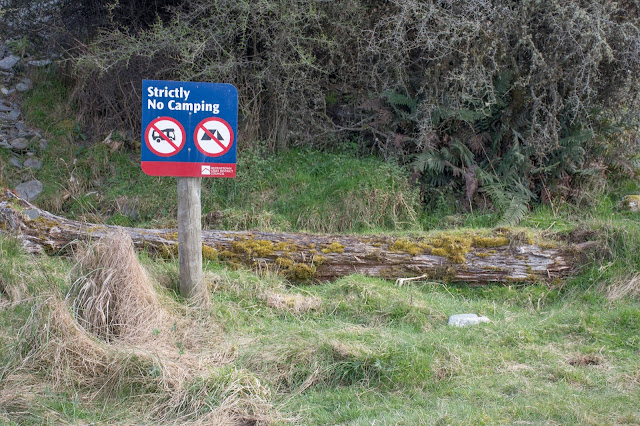 From there we turned back to Glenorchy and then headed for Kinloch. 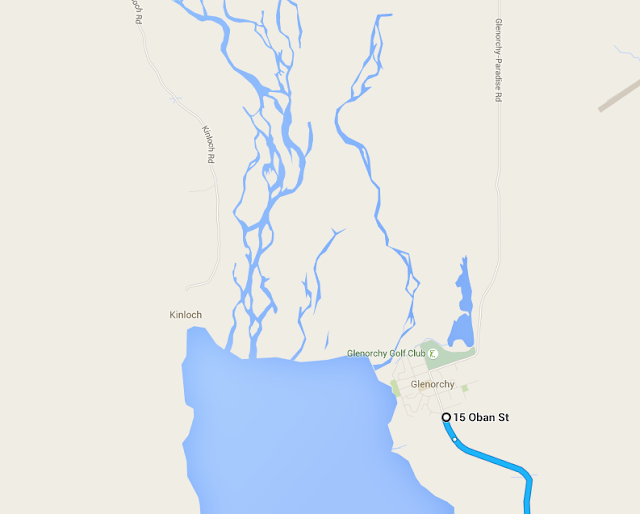 There is a nice area to stop and got for a short walk across a swing bridge to end up in forest area. 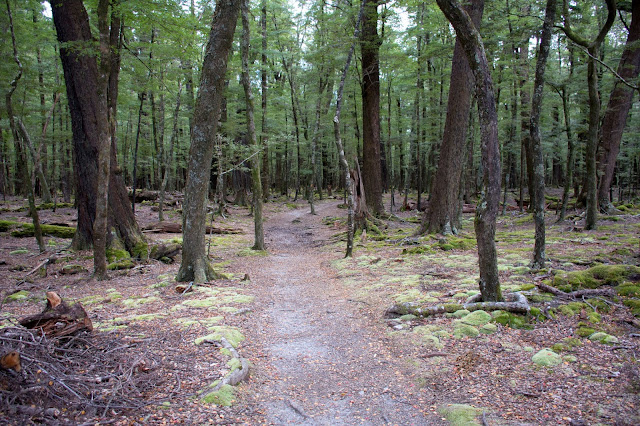 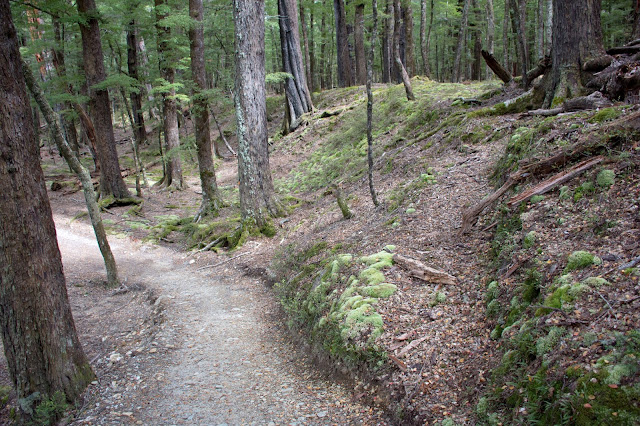 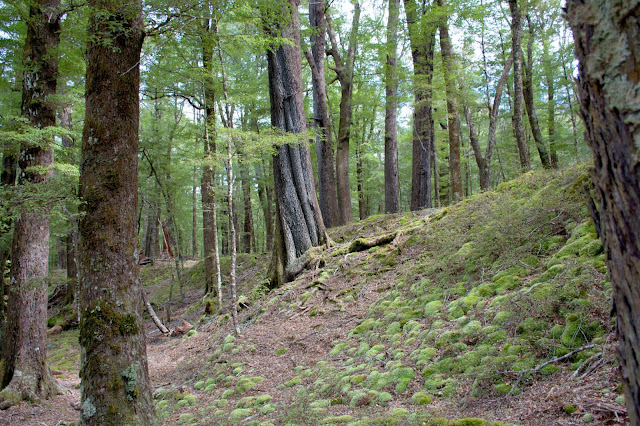 The sign warns of a 5 person limit - as you're walking the bridge starts to sway and it's up to you to place your next step to cancel the movement rather than adding to it, known as ''constructive interference". 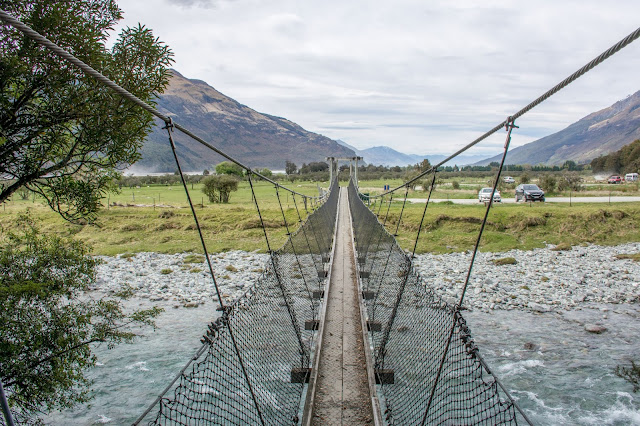 In the distance we saw what looked like mist in the river valley. Eventually when we crossed the river we realised it was actually dust. 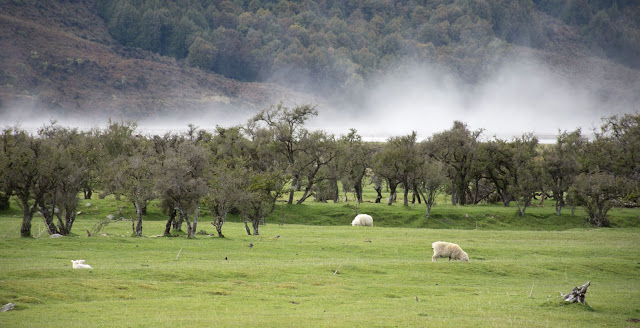 If you were to live in this area where would you go on holiday? It would be difficult to find somewhere 'impressive' in comparison. 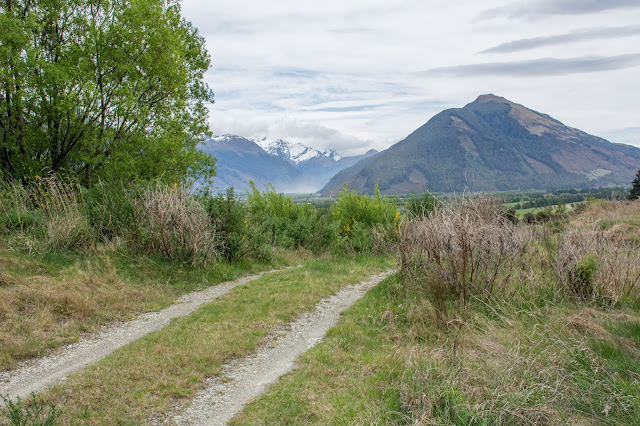 After getting back to the place we were staying and having  a bit of a rest, we decided to drive past our residence and look for Coronet peak, It turns out that it was less than a kilometer around the corner. On my first visit  to the area I went up this road to Skippers Canyon, because back then there was a list of companies that did not allow their vehicles on that road and the old clunker I had rented from someone who also rented out bicycles in town was not mentioned on the list. The scenery is well worth the drive but there are times when the road is only wide enough for one vehicle and then a bus towing a trailer comes around the corner - and one of you has to back up to find a ledge to "hang out" on while the other edges past. 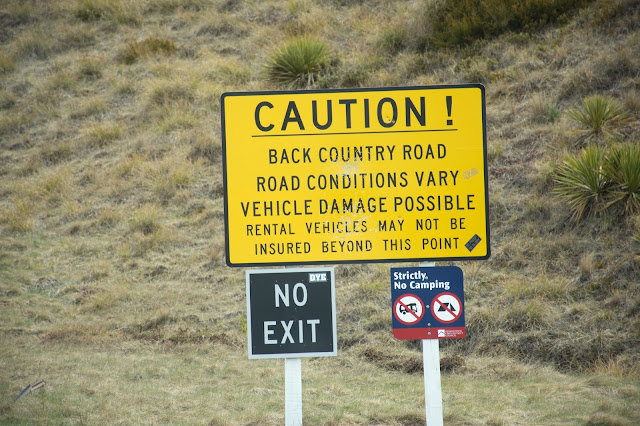 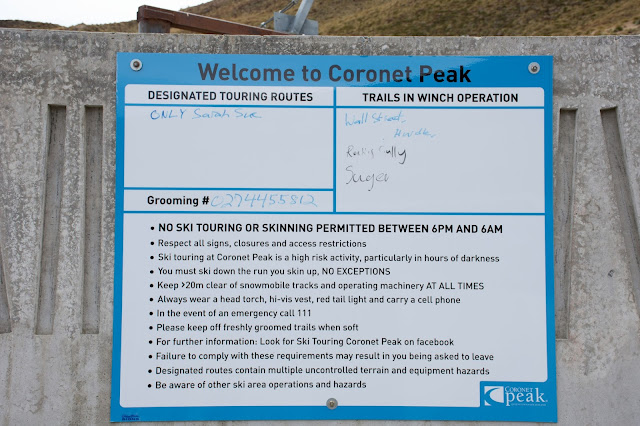 Coronet peak is a nice winding uphill drive with a good view of the area. 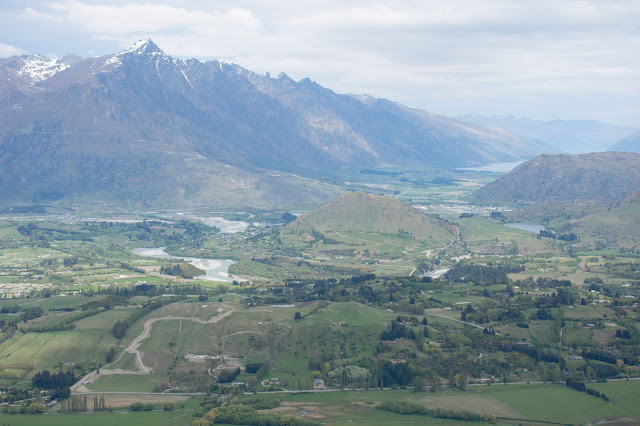 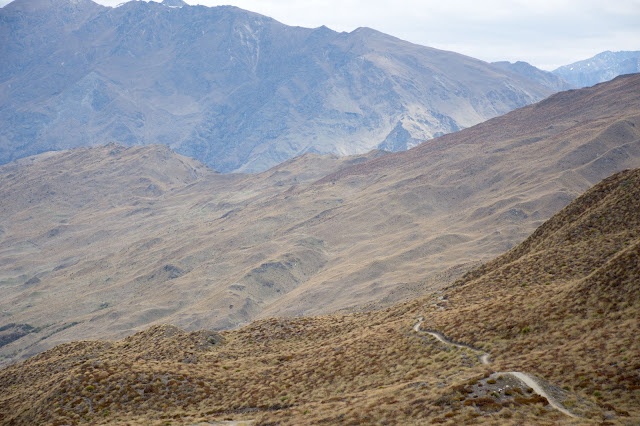 On the first day we had full sunlight which is ok when it is behind you but otherwise is a bit harsh for photos. Monday was really nice weather with patchy high cloud meaning the light was more diffused with the occasional burst of sunlight meaning a 3D look to some of the images. 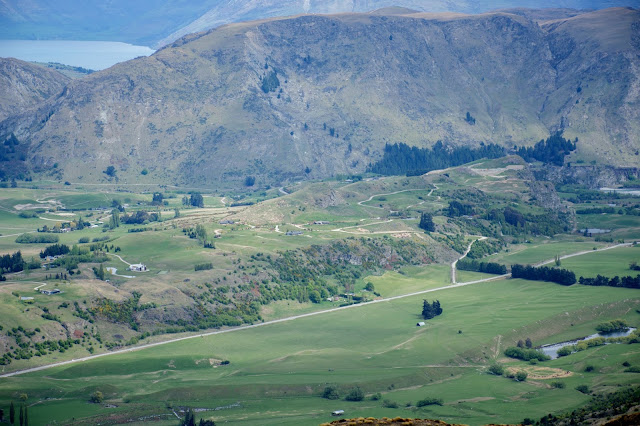 When I'm taking photos of a commonly photographed scene I always try to throw in something a little different, like a cluster of grass on the edge for example. 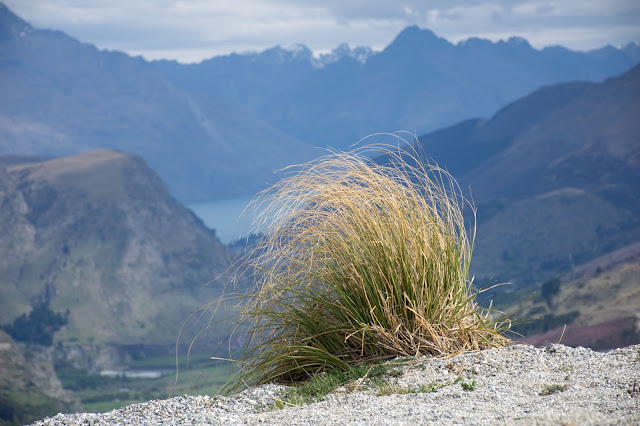 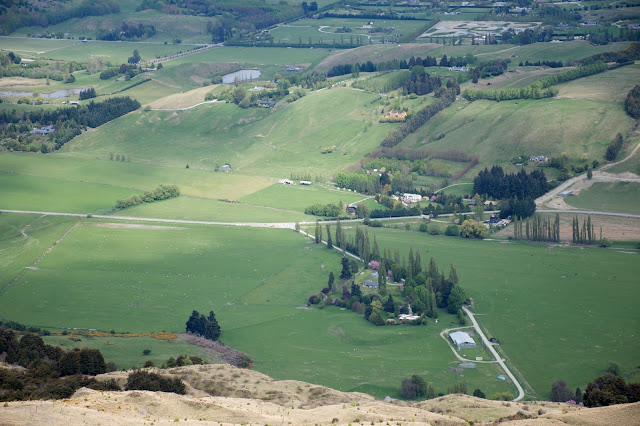 And a few from the fisheye lens. When there are no straight lines on the edges the images don't need correction of any sort. 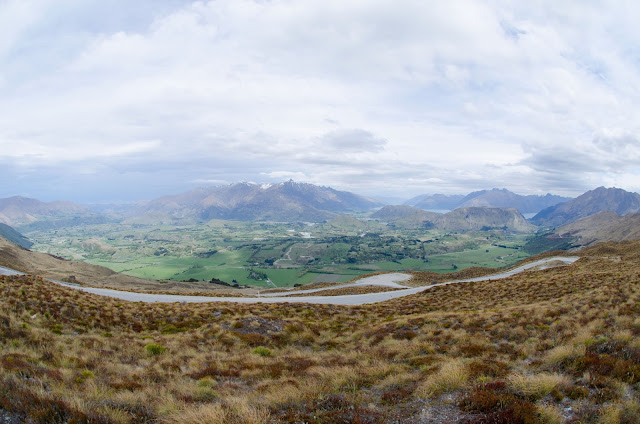 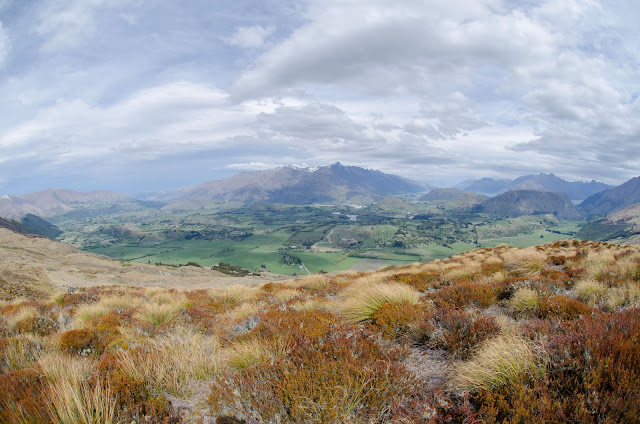 And then we went to the "World famous in Queenstown" Fergburger where you will often see lines of people waiting outside for a meal. This was "Big Al" which includes two large patties, two fried eggs and the beetroot that my Canadian wife finds so disgusting to have on a burger. She doesn't know what she's missing! 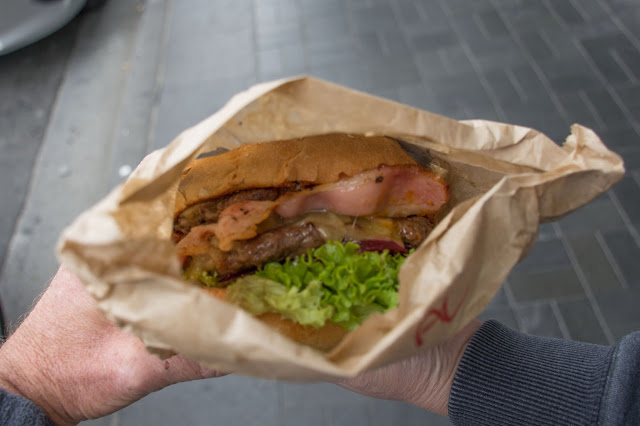 In her defence I will say that one of her photos is my favourite. Obviously she has some good taste, after all she married me!

If you're really bored flip through the video footage of the drive to Glenorchy and the sursounding area keeping in mind the fact that it was filmed on a $28 dashcam :)

Posted by Desmond Downs at 1:09 PM

Desmond Downs
I am an auto electrician and amateur photographer living in New Zealand , originally from South Africa .